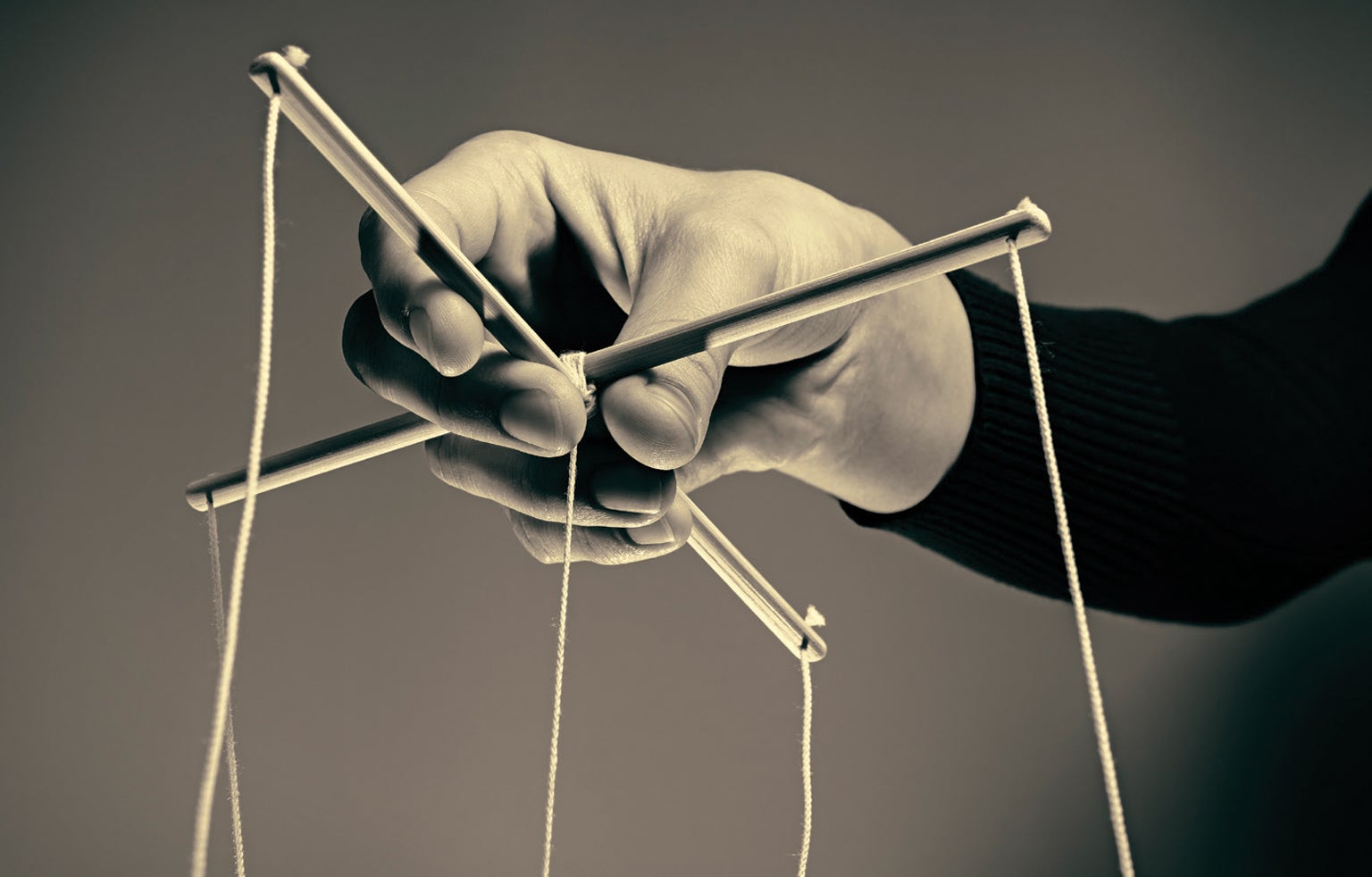 Untruths come in many shapes and sizes. All are antithetical to science, but the most flagrant variety—gaslighting, in which someone denies the reality that other people are experiencing—has become a greater threat than ever. Throughout a year of tragedy and strife, including the coronavirus pandemic and the Black Lives Matter protests, we’ve seen leaders and other public figures force people to doubt their experiences and thoughts. These manipulators don’t just ignore data and evidence; they deny their very existence.

How do we navigate what philosopher Kathleen Higgins describes as the post-truth era, where there is no longer even an expectation that politicians or pundits will be honest? This issue, we hope, will serve in some measure as an antidote to the poison of gaslighting and other forms of mendacity. Never has it been more important to understand the science of deception and what can be done to combat it.

For starters, human perception is inherently subjective. We may believe that we are thinking in an open-minded way, but most people latch onto ideas that reinforce their own preconceived beliefs—even if doing so prevents them from literally seeing new solutions. Such ingrained implicit bias has served us well in the course of evolution, but in the modern era it more often than not leads us astray.

Nowhere are our failings at objective reasoning more exploitable than on social media. Facebook and other platforms enable the spread of misinformation that sows social unrest—in particular, meme culture has been shown to propagate lies and increase polarization. We users are the unwitting vectors of this threat. (Watch our short documentary on the making of a deepfake video at https://bit.ly/3itSiek for a close look into another way that technology enables deceit.)

Malicious foreign agents invade those same platforms, and hackers could go further and tamper with vulnerable voting systems in this country, endangering the very processes of democracy. Civic life suffers because of these malevolent forces. Turmoil, anxiety and a sense that society is in jeopardy make people susceptible to conspiracy theories and the kind of polarization where winning an argument is more important than understanding opponents’ viewpoints.

Although the human mind comes equipped with built-in obstacles to objective thinking, it doesn’t mean we have to give in to ignorance and bias. Douglas T. Kenrick and his co-authors offer simple interventions that can make us more open-minded, scientific thinkers. In fact, scientists can look to philosophy to aid in some self-examination about how much, in the hands of subjective creatures, the tools of science can ultimately discover.

The common theme in many of these seemingly abysmal examinations of the state of our societal affairs is a heartening bright spot. By just being aware of how we perceive information, we can protect ourselves from disinformation and gaslighting. We don’t have to agree, but at least we’ll be anchored in what is real and what is not.

A faster-acting version of a common insecticide could boost malaria...
Read more

Long Covid: Who is more likely to get it?

A study suggests old age increases the risk, as does...
Read more

In the 1800s, many rivers in the American West were...
Read more

I came from nothing. I created all of this world myself, just like my parents as immigrants created a world themselves. These kids...
Read more

At the end of the month, my son asks me to pay his rent and says, ‘You don’t want us to be evicted do...

My adult son lost his job when he became disabled. He is married with one child. His wife — who has degrees in...
Read more

Peetie writes: A tutorial about compositing in Blender while respecting the scene linear data. I would say it's a video on intermediate level, because...
Read more

Earlier this week, 2K was in the hot seat once more when NBA 2K21 players noticed unskippable ads that prevented them from making...
Read more

How Nick Saban Made It to Alabama’s Kickoff on Saturday

Even under ideal circumstances, the best products will occasionally fail, Dr. Jha said.“There is not something that is 100 percent perfect,” he said....
Read more