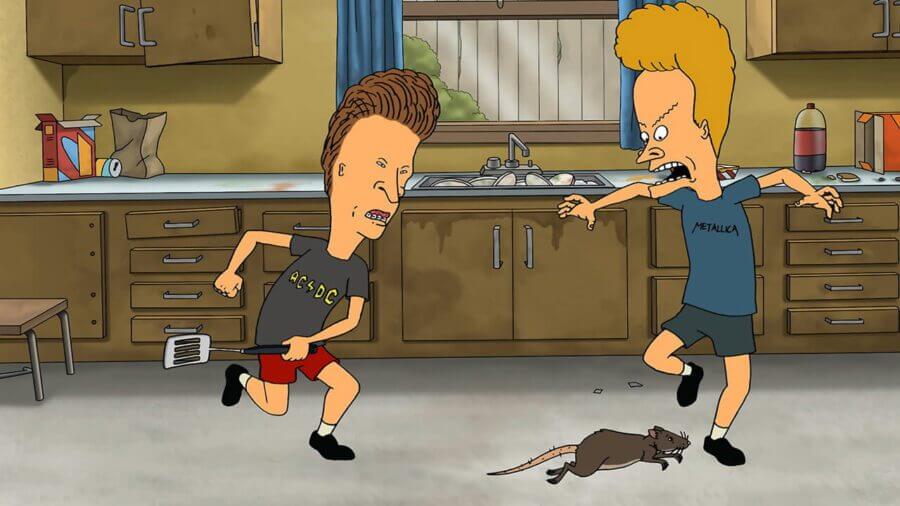 With the news that Beavis and Butt-head is among the many shows set to be rebooted, you may be looking for past seasons on Netflix or even catching the movie on Netflix. Here’s the streaming status of the series. Of course, as you probably know, Netflix is not the home of the animated series.

Created by Mike Judge, the series acted as a right of passage for many teens throughout the 1990s. Airing on MTV, the series was about two heavy metal fans doing dumb-shit because they were bored.

In case you missed the news, a new “reimagined” version of the series is set to release in the near future on its new home of Comedy Central. It has been revived before for an ill-fated single eighth season.

Why isn’t Beavis and Butt-head on Netflix in the United States?

As with most shows, it comes down to licensing and particularly with Viacom CBS – it’s a strange affair.

Logic would suggest that the new upcoming rebranded CBS All Access platform that will act like a “house of brands” but with the provider licensing titles to other platforms, who know where Beavis and Butt-head may end up.

However, with the revival, it’s likely we will find a new permanent home announced soon, just don’t count on it being Netflix.

The most logical home for the show in the US would’ve been Hulu given that’s where the spin-off Daria currently resides with five seasons.

Is Beavis and Butt-head on Netflix internationally?

Nope, sorry. It’s the same story as the United States we’re afraid and with the revival upcoming, that’s unlikely to change either.

In countries like the United Kingdom, there’s no streaming option at all with other paid video-on-demand options available for the series.

In Canada, a selection of episodes are available on Hoopla but by no means the full eight seasons. In Australia, Stan carries the series.

Is Beavis and Butt-head movie on Netflix?

Beavis and Butt-head Do America, on the other hand, has appeared on Netflix in several regions around the world but that’s no longer the case. At least for the moment anyway.

Netflix US last carried the movie in November 2019 before being removed in January 2020. In the States as of July 2020, the movie can be found on Cinemax.

Do you wish Beavis and Butt-head was on Netflix? Let us know in the comments.