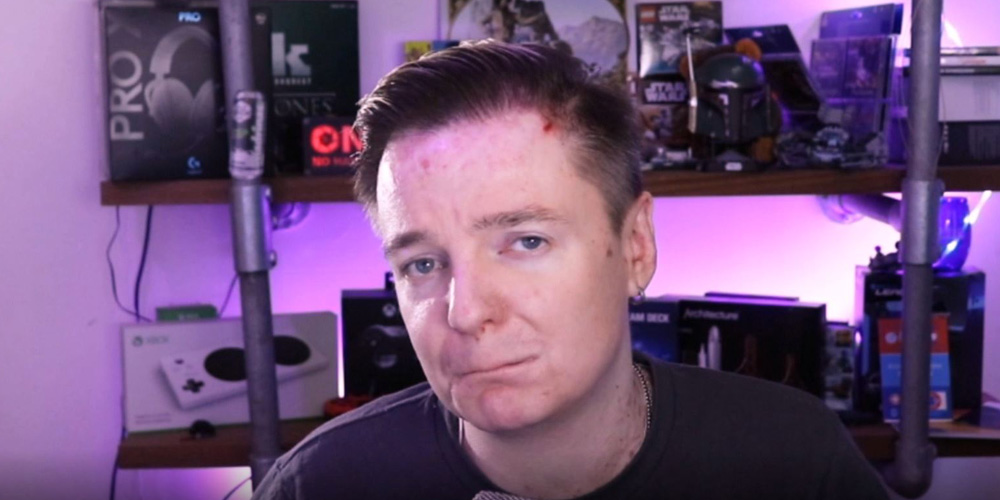 Humphrey Hanley, who goes by the name @NoHandsNZ, is a gamer from New Zealand with a disability whose motto is “No Hands, No Excuses.” In recognition of Global Accessibility Awareness Day, Intel’s Accessibility Office and Client Computing Group sent Humphrey the parts he needed to build a PC for the first time. He livestreamed his 11-hour build on Twitch, the popular livestreaming platform for gamers.

After finishing the build, Hanley, who has epidermolysis bullosa that makes his skin susceptible to damage from any kind of friction, collected his thoughts and talked through the challenges he faces. Intel will use his feedback to build more accessibility into gaming PCs. Many people with disabilities often turn to gaming as a place where technology can level the playing field and allow them to compete like other players.

Hanley first began making videos in late 2016 after recovering from a major surgery. “I started going back to the gym, and part of my whole process was to record my progress. In those days, it was just using my cellphone, and then I got a GoPro and gradually just slowly expanded my range of ability and ways to make content,” says Hanley.

He first began posting on his YouTube channel, No Hands, No Excuses. He later discovered Twitch: “Twitch was suddenly an amazing platform for being able to spread the message about accessibility and the joy that gaming can bring to people with disabilities worldwide, live, instantly, to anyone that was able to tune in.”

His relationship with Intel began at TwitchCon 2019 when he saw a tweet from @IntelGaming inviting the first 10 people who replied to lunch. “I thought I might be a little bit late,” says Hanley, “but actually how about I come to lunch and I bring my own chair, because when I travel, I use a wheelchair.”

At the lunch, he talked about the issues there are for people with disabilities and gaming. “One of the big difficulties for people that want to be involved, especially in PC gaming, is the price tag that comes with prebuilt PCs and anything that companies advertise as being a gaming machine,” says Hanley. “But you haven’t picked the parts yourself and put it together yourself. There’s almost always a catch somewhere.”

In spring 2020, Intel sent Humphrey all the parts to build an Intel® gaming PC without modifications:

“Watching Humphrey build out his machine, we started having some really good discussions about how we might be able to make builds easier for people with disabilities,” says Kahlief Adams, technical marketing engineer in Intel’s Client Computing Group. “With his help and guidance, there is a real possibility that we can make important and impactful strides to get everyone in the game, in ways that enable PC gamers with disabilities to build the rigs of their dreams.”

For example, Hanley says he struggled lowering the i9-10900K processor into the motherboard’s CPU pot. “I think I dropped it four times because it was so tricky to get it into the right place,” he says. “And I was just thinking at the time, why is there not just a little extra bit on here that I could attach something to, to allow me to lower this chip in? Or why isn’t another tool designed to do that in a really safe and easy way? So we’re not putting fingers on it, if we’ve got them or not — dealing with something so ridiculously sharp and fiddly.”

Hanley’s advice to gaming industry leaders is to involve people who can help identify barriers early in the process.

“I think again, that comes down to having people on your team or working for your company that can see those barriers,” says Hanley. “Because if it’s not a problem for you, you are not necessarily going to see things like that as a barrier. And then I think the other thing is to foster inclusive spaces. It’s the culture. It’s the way we treat people. It’s the way we open our communities up.”

For more information on Intel’s accessibility efforts, email darryl.adams@intel.com. Intel is committed to a sustained culture of accessibility, embracing tech to eliminate barriers and empower all people.

Intel Powers First Satellite with AI on Board

Employees in the operations...
Read more

AI is Essential to India’s Future of Work, Study Finds

A dead specimen of Vespa mandarinia, aka the Asian Giant Hornet, aka the Murder Hornet, collected by entomologists from the Washington State Department...
Read more

What do children make of the day’s headlines? The endless deluge of news is staggering and tough to get a handle on, even...
Read more

Things to Do This Week

Here is a sampling of the week’s events and how to tune in (all times are Eastern). Note that events are subject to...
Read more

Images beamed back to ground control revealed it caught more material than scientists anticipated and was spewing excess of flaky asteroid rocks into...
Read more