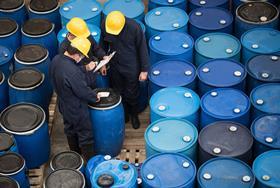 Sales of such feedstocks totalled $2.3 trillion (£1.8 billion) in 2018 so the proposed tax could raise approximately $11.5 billion annually, CIEL and IPEN estimate. The tax would be used to help developing countries improve their management of chemicals and waste, including support systems for testing and approving new chemicals, and regulating and monitoring chemical facilities waste.

‘As the primary drivers and beneficiaries of the global chemical trade, chemical producers must take greater responsibility for the safe management of their products,’ CIEL and IPEN assert in their new report. ‘This begins with taking financial responsibility for the production of feedstock chemicals that fuel the global chemicals sector – including the rapidly growing petrochemical industry.’

Guitar Center has begun to prepare for a potential bankruptcy filing that could come as soon as next month, people with knowledge of...
Read more

WASHINGTON — Optimism faded on Friday for a pre-election breakthrough on a stimulus measure to stabilize a shaky pandemic-era recovery, as negotiations between...
Read more

With the final president debate done, attention in the race between President Donald Trump...
Read more