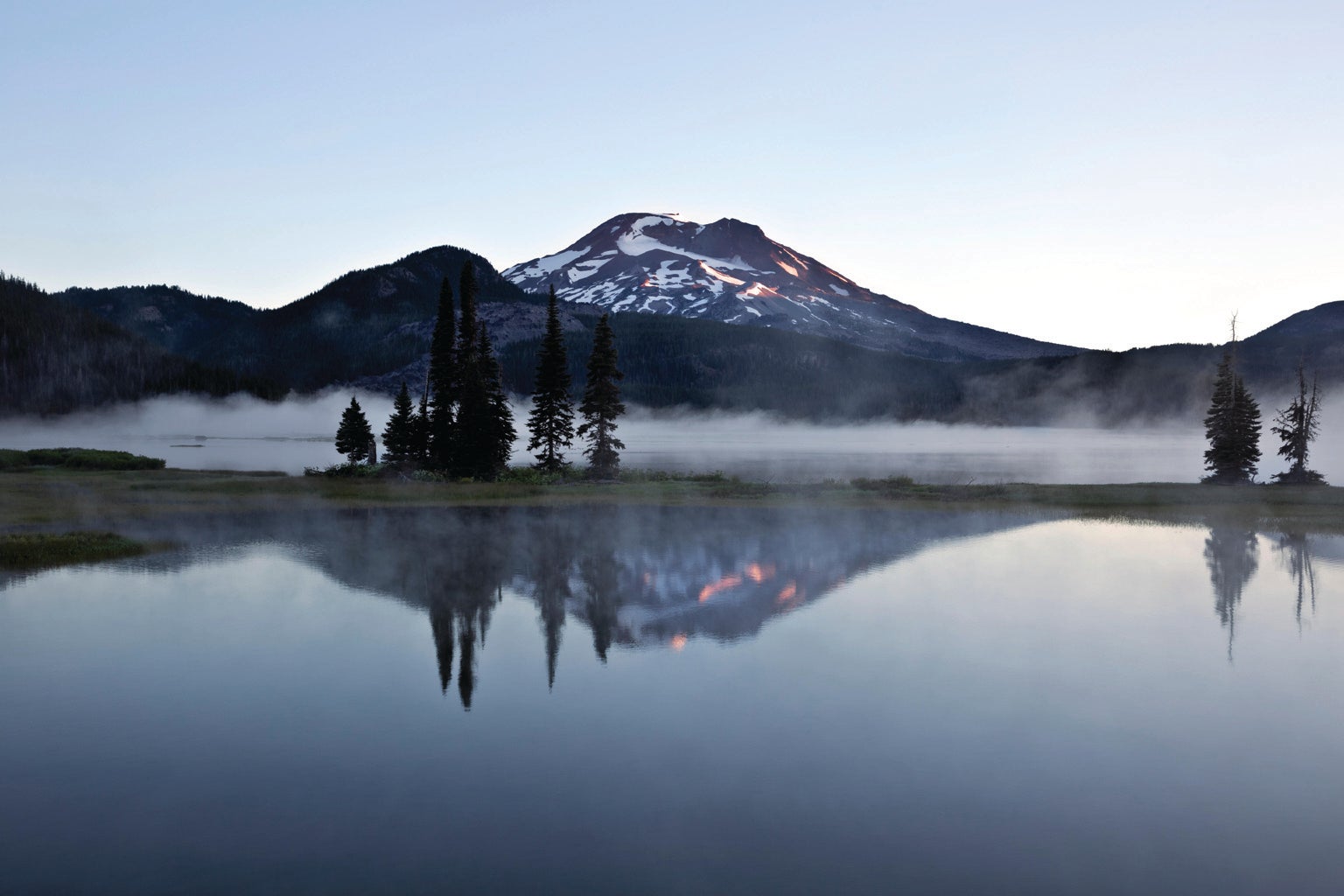 Magma—the molten rock that nourishes volcanoes—can lurk in underground pockets surprisingly far from where it emerges, new research shows. This means the instruments placed on a volcano’s flanks might fail to pick up signs of moving magma that can signal an impending eruption.

University of Oregon volcanologist Allan Lerner and his colleagues focused on 56 volcanoes in subduction zones (geologically active areas where one tectonic plate is diving under another) on five continents for a new paper, published in July in Geophysical Research Letters. Compiling volcano data from other studies, the team estimated the center of each volcano’s magma reservoir and compared it with the estimated center of the volcano’s aboveground portion. The reservoirs had been found through processes such as measuring the earth’s surface moving up or down and tracing how the planet’s crust conducts electricity.

The researchers calculated that roughly one third of volcanoes were more than four kilometers away from their magma reservoirs. Five volcanoes, including two in Japan, two in Indonesia and one in Mexico, had offsets of more than 10 kilometers. “It was a surprise,” Lerner says, because a long-standing tenet of volcanology is that magma reservoirs are located directly underneath volcanoes.

Offset magma reservoirs have been reported before, but the researchers say their investigation is the first to focus on an ensemble of volcanoes. Thanks to their large sample size, Lerner and his collaborators were also able to demonstrate correlations. They showed that smaller volcanoes tended to be farther from their magma reservoirs than larger volcanoes. This makes sense, the team suggests, because geologic structures such as fault lines essentially create an underground obstacle course for magma. The large quantities of magma that feed big volcanoes carry enough heat to blow straight through such natural boundaries, but the smaller reservoirs associated with smaller volcanoes must forge convoluted paths to the surface. “In small volcanoes, the magma that ascends is kind of at the mercy of preexisting crustal structures,” Lerner says.

These results have implications for how volcanoes are monitored. Researchers usually aim to place ground-based instruments on or near a volcano, says Diana Roman, a volcanologist at the Carnegie Institution for Science, who was not involved in the research. But this new study indicates that such a strategy might not be best. “This tells us we should be looking farther afield, especially for volcanoes with relatively small edifices,” Roman says.

Studying more volcanoes, including those not in subduction zones, would be valuable to see if these same trends persist, Lerner says: “A very clear next direction would be to expand this study to look at volcanoes in other tectonic settings.”

Justice Barrett, 48, who has seven children, will be the current court’s youngest member, its third woman, its sixth Catholic and its only...
Read more