The Portuguese government has reached an agreement to increase its stake in struggling TAP Air Portugal to 72.5%.

Confirming the deal late on 2 July, Portugal’s minister of infrastructure and housing Pedro Nuno Santo said: “Finally… there are conditions to help TAP. It is an important moment.”

Nuno Santo states that the government will buy part of the David Neeleman-backed Atlantic Gateway Consortium’s shareholding in TAP for €55 million ($62 million). 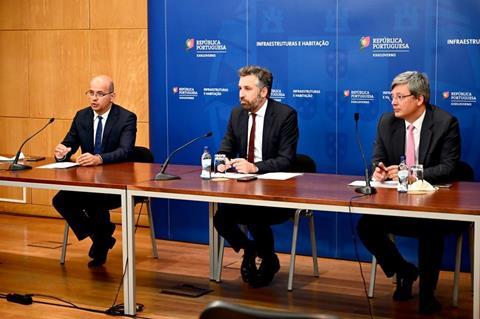 A Reuters report adds that under the deal, Neeleman’s consortium will no longer hold a stake in TAP. Alongside the 72.5% stake held by the government, Portuguese entrepreneur Humberto Pedrosa will take a 22.5% shareholding, while 5% will be held by employees, Reuters suggests.

The Portuguese carrier was 50% owned by the state, 45% by Neeleman’s consortium and 5% by TAP employees.

The Portuguese flag carrier has been experiencing severe financial difficulties amid the coronavirus pandemic.

At the end of June, the carrier disclosed plans to further reduce its fleet after first-quarter net losses almost quadrupled to €395 million.

Since Neeleman’s Atlantic Gateway consortium took a share in TAP in 2015 under a privatisation programme, the Portuguese airline had undergone a dramatic restructuring, including an extensive fleet renewal and network expansion across the Atlantic.

In February this year, TAP sealed a non-corporate joint venture with Brazilian carrier Azul, in which Neeleman is the controlling shareholder.