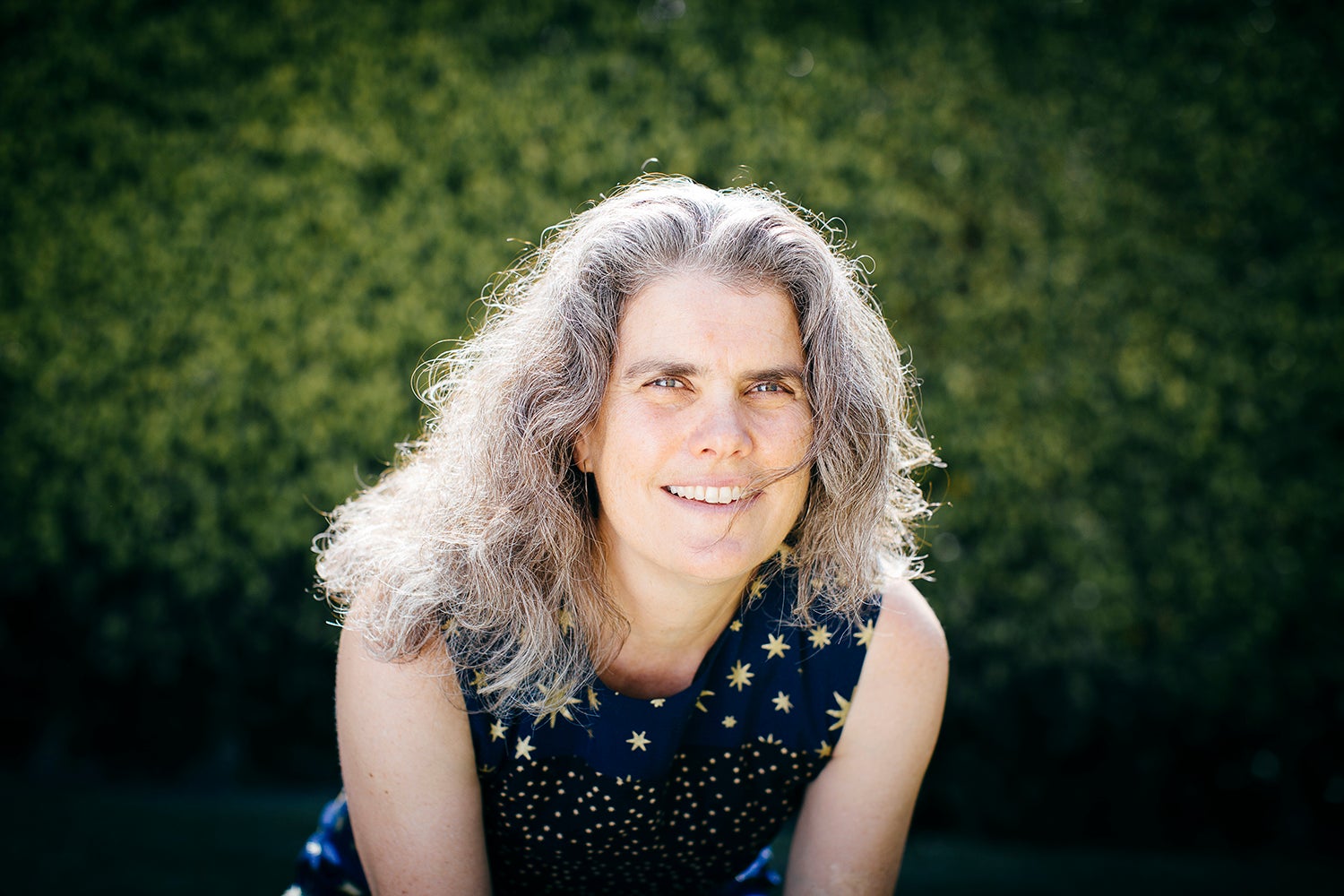 Standing in my office 25 years ago was an unknown, newly minted astronomer with a half-smile on her face. She had come with an outrageous request—really a demand—that my team modify our exhaustively tested software to make one of our most important and in-demand scientific instruments do something it had never been designed for, and risk breaking it. All to carry out an experiment that was basically a waste of time and couldn’t be done—to prove that a massive black hole lurked at the center of our Milky Way.

My initial “no way” (perhaps I used a stronger expression) gradually gave way in the face of her cheerful but unwavering determination. It was my first encounter with a force of nature, Andrea Ghez, one of three winners of this year’s Nobel Prize in Physics, for her work on providing the conclusive experimental evidence of a supermassive black hole with the mass of four million suns residing at the center of the Milky Way galaxy.

That determination and the willingness to take calculated risks has always characterized Andrea. For 25 years she has focused almost exclusively on Sagittarius A*—the name of our own local supermassive black hole. It is remarkable that an entire field of study has grown up in the intervening quarter century, of searching for and finding evidence of these monsters thought to lie at the heart of every large galaxy. And Andrea is without question one of the great pioneers in this search.

Andrea’s co-prizewinner Reinhard Genzel has been involved in the same research from the outset—and it is the work of these two teams, each led by a formidable intellect and using two different observatories in two different hemispheres that has brought astronomy to this remarkable result—the confirmation of another of the predictions of Einstein’s more than century-old theory of general relativity.

As in so many fields of science, the competition has been intense, sometimes brutal, but out of this has been forged an unshakable result that has been tested and retested over a quarter century. And at the heart of the competition, two colleagues, great astronomers each, whose work has been as much defined by the science as by the availability of telescopes and instrumentation almost perfectly suited to this exact scientific endeavor.

Andrea did her work at the W.M. Keck Observatory’s twin telescopes on Maunakea, Hawai’i, in the calm and clear air almost 14,000 feet above the Pacific Ocean. She started using the very first instrument commissioned on Keck Observatory’s Near Infrared Camera (NIRC), now gracing the lobby at our headquarters. NIRC was never designed to do what Andrea needed—an ultrafast readout of images and then a restacking of the result to remove the effects of the atmosphere’s turbulence. But she was not to be denied—and we made the changes. And it worked! It was supremely hard and time-consuming to make sense of the data, but Andrea persisted.

Out of that effort came the first evidence—not just hints—of stars orbiting the black hole. It was a fantastic result, but a long way from full confirmation. At around that time, a new technology, adaptive optics (AO), was being installed on telescopes worldwide. Keck Observatory was the first of the most powerful observatories to be so equipped—and the results were electrifying. No surprise: Andrea immediately switched to using AO for her work. She always pushed for more performance and more capability—and the scientists and engineers at Keck Observatory and in our community of instrument builders responded. This push for more and more, and the scientific rewards that followed, is what helped make AO the immensely powerful tool it is today.

Andrea is fond of pointing out that one of the reasons for her success has been this tight and rapid loop between the needs of the astronomers and the engineers who respond to the challenge. In a way reminiscent of the tight synergy between mathematics and physics, science questions beget new technology and new technology begets new science. Andrea has always been in the forefront of this virtuous cycle, an enthusiastic proponent of “we can do more.”

Andrea is a great scientist; not only does she do the science, she molds events to make it possible. In addition to doing research, she has created the UCLA Galactic Center Group to coordinate research and technical developments. And she imbued a cohort of graduate students and postdoctoral fellows with her passion and thrill of the chase. It is no exaggeration to say that Andrea has personally inspired aspiring scientists everywhere, and she serves as a role model for what ability, grit and commitment can accomplish.

Today, Andrea sits at the pinnacle of scientific recognition for her achievements. But as she would be the very first to acknowledge, this triumph represents the combined efforts of so many. From the theoretical predictions of the peerless Albert Einstein, through those who had the vision to build the amazingly complex machines we call simply “telescopes,” to the siting at the best locations on Earth for this research, to those who conceive of and build the instrumentation and run the operations, to the science teams that do the research—all of it essential, the product of the work of thousands.

But in the end, one person had the idea for the research. One person had the chutzpah to propose it and one person had the determination, tenacity and focus to make it happen, undeterred by all who said it was a waste of time. That person is my friend and longtime colleague, the one who refused to take “no” for an answer, and who probably doesn’t even have it in her vocabulary: Andrea Ghez, winner of the 2020 Nobel Prize in Physics.

Obsidian Entertainment has kept its promise so far of using feedback regarding Grounded to make the game a better experience. Since it hit...
Read more

WASHINGTON — President Trump has repeatedly bragged about what he has done for Black America, pointing to his administration’s funding for Black colleges...
Read more

US Senate confirms Barrett to the Supreme Court | US & Canada

In July we announced Hello Neighbor 2 – the sequel to our original stealth horror game about sneaking into your creepy Neighbor’s house...
Read more

Grounded Preview – Just When You Thought It Was Safe To...

US Senate confirms Barrett to the Supreme Court | US &...