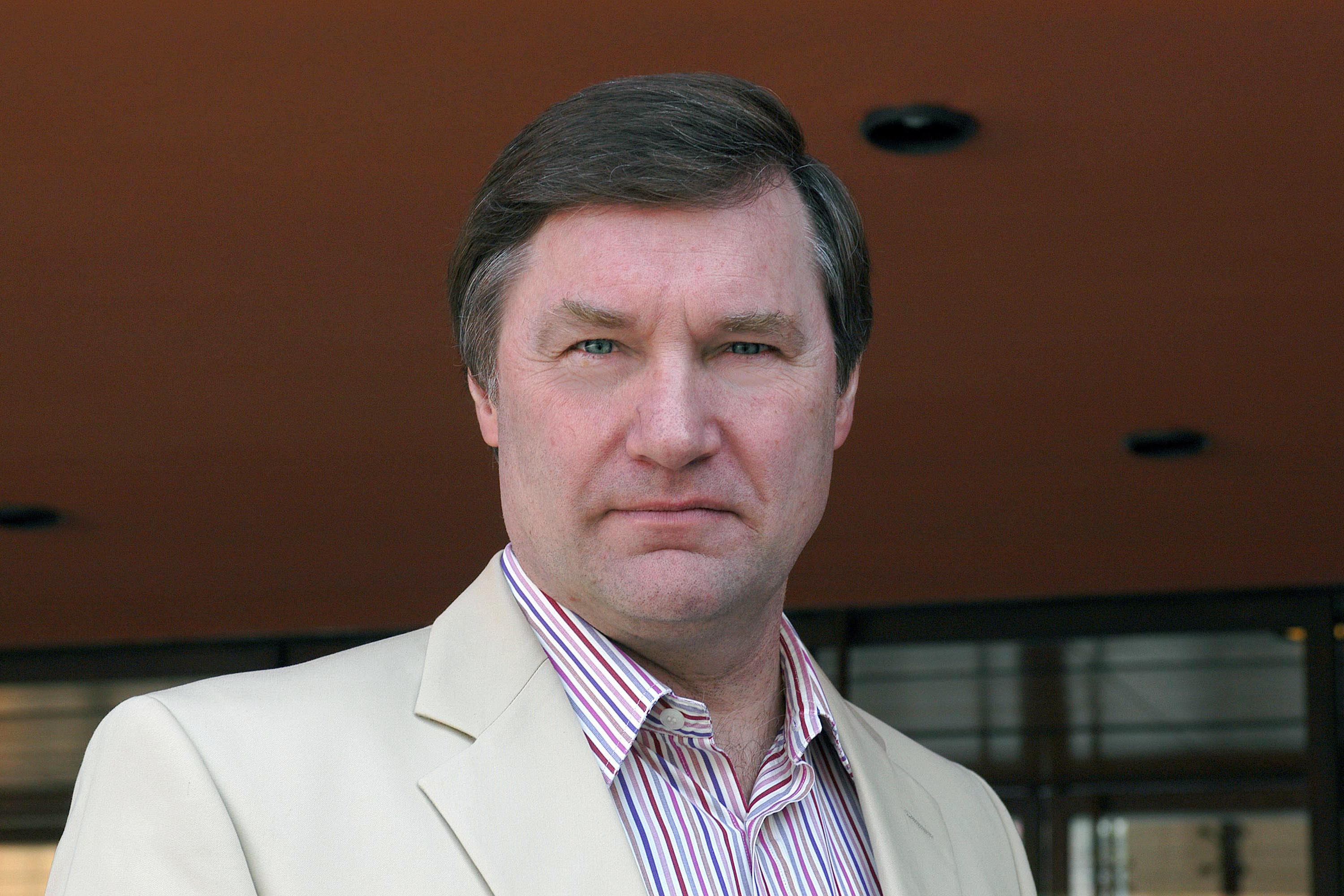 A truly great scientist not only makes significant technical contributions but also reshapes a discipline’s conceptual landscape through a commanding depth and breadth of vision. Theoretical physicist John D. Barrow, who passed away on September 26 at the age of 67, was one such individual. Barrow’s career spanned the golden age of cosmology, in which the subject was transformed from a scientific backwater to a mainstream precision science. He was both a player and a commentator in these heady times, producing several hundred research papers and scholarly articles, as well as a string of expository books, each a model of wit and clarity that made him a public intellectual worldwide.

A Londoner by birth, Barrow obtained a doctorate from the University of Oxford in 1977 under the direction of Dennis Sciama, joining the ranks of a formidable lineup of mentees that included Martin Rees and Stephen Hawking. This came at a time of crisis in cosmology. Although the big bang hypothesis for the origin of the universe was well established, the originating event itself remained a mystery; in particular, there was puzzlement about the initial conditions. Analysis of the cosmic microwave background radiation—the fading afterglow of the big bang discovered in the late 1960s—indicated that the universe erupted into existence in an astonishingly uniform state. The expansion rate of the universe also matched its gravitating power to extraordinary precision. It looked like a fix. Barrow addressed these foundational questions in a series of papers on smoothing mechanisms applied to chaotic cosmological expansion, followed in later years by analyses that included extensions to Einstein’s general theory of relativity and various alternative theories of gravitation. The currently popular inflationary universe theory, which explains the “fix” as resulting from a sudden burst of accelerating expansion in the first split second of cosmic existence, provided additional fertile ground for Barrow’s theoretical explorations.

After a stint at the University of California, Berkeley, he took up a position at the then relatively new University of Sussex in the south of England, where he produced a stunning output of journal papers, soon making him something of a scientific celebrity. His research addressed issues as diverse as the asymmetry between matter and antimatter in the universe, the theory of black holes, the nature of dark matter and the origin of galaxies. His early preoccupation with initial cosmic conditions led Barrow to reinstate in physical science the ancient philosophical concept of teleology, which (in its various guises) takes into account final as well as initial states. The centerpiece of this approach was a remarkable book published in 1986 and co-authored with physicist Frank Tipler entitled The Anthropic Cosmological Principle. It built on the recognition that if the initial state of the universe or the fundamental constants of physics had deviated—in some cases, by just a tiny amount—from the values we observe, the universe would not be suitable for life. The book is a detailed and extensive compilation of such felicitous biofriendly “coincidences,” and it became a canonical reference text for a generation of physicists. It also provoked something of a backlash for flirting with notions of cosmic purpose and straying too close to theology in some people’s eyes. Nevertheless, its style of “anthropic” reasoning subsequently became a familiar part of the theorist’s arsenal, albeit a still contentious one.

More recently, Barrow was interested in the possibility that the fine-structure constant—an unexplained number that describes the strength of the electromagnetic force—might not be constant at all but rather vary over cosmological scales. He produced a theoretical basis for incorporating such a phenomenon in physical law while also remaining open-minded on the observational evidence. His adventurous choices of research problems typified Barrow’s intellectual style, which was to challenge the hidden assumptions underpinning cherished mainstream theories. Fundamental problems in physics and cosmology may appear intractable, he reasoned, because we are thinking about them the wrong way. It was a mode of thought that resonated with many colleagues, this writer included, who are drawn to reflect on the deepest questions of existence.

In 1999 Barrow moved to the University of Cambridge as a professor in the department of applied mathematics and theoretical physics and became a fellow of Clare Hall College. In parallel, he completed two separate periods as a professor at the select Gresham College, founded in 1597 to organize free public lectures in London. Barrow’s Cambridge appointment included his directorship of the Millennium Mathematics Project. This is an educational program that caters to the needs of elementary and high school children in imaginative ways. But this demanding array of teaching responsibilities did not deter Barrow from his prodigious research output.

Barrow had many talents beyond the realm of theoretical physics and mathematics. In his younger years, he was an Olympic-standard middle-distance runner. Barrow followed sports in general, and running in particular, with undiminished enthusiasm throughout his life. He was a strikingly stylish dresser and regularly traveled to Italy for his sartorial purchases. He was also a connoisseur of fine dining, making him the ideal travelling companion. An engaging raconteur, Barrow boasted a fund of humorous stories about politics, academia and the humanities. Touch on almost any subject, and he would have something entertaining to say about it. Barrow’s scholarship and writing extended to art theory, musicology, history, philosophy and religion—a grasp of human culture aptly recognized by an invitation to deliver the prestigious Centenary Gifford Lectures at the University of Glasgow in 1989 and also by the 2006 Templeton Prize. These acknowledgments were in addition to many notable scientific and academic honors, including being made a Fellow at the Royal Society.

The Barrow family’s members loved Italy, where they maintained many professional and social contacts over the decades. It was in Milan that another remarkable John Barrow project culminated: the premiere of the stage play Infinities, which he had written. It duly received the Premi Ubu Italian theater prize. It was thus, with some poignancy, that John and his wife Elizabeth were able to make one last trip there just a few weeks ago, in the face of onerous coronavirus-related travel restrictions and the debilitating effects of treatment for his colon cancer. John Barrow died at home and is survived by his wife and three children.

Justice Barrett, 48, who has seven children, will be the current court’s youngest member, its third woman, its sixth Catholic and its only...
Read more