James Baldwin was the eloquent voice of his era – is he the voice of ours too? 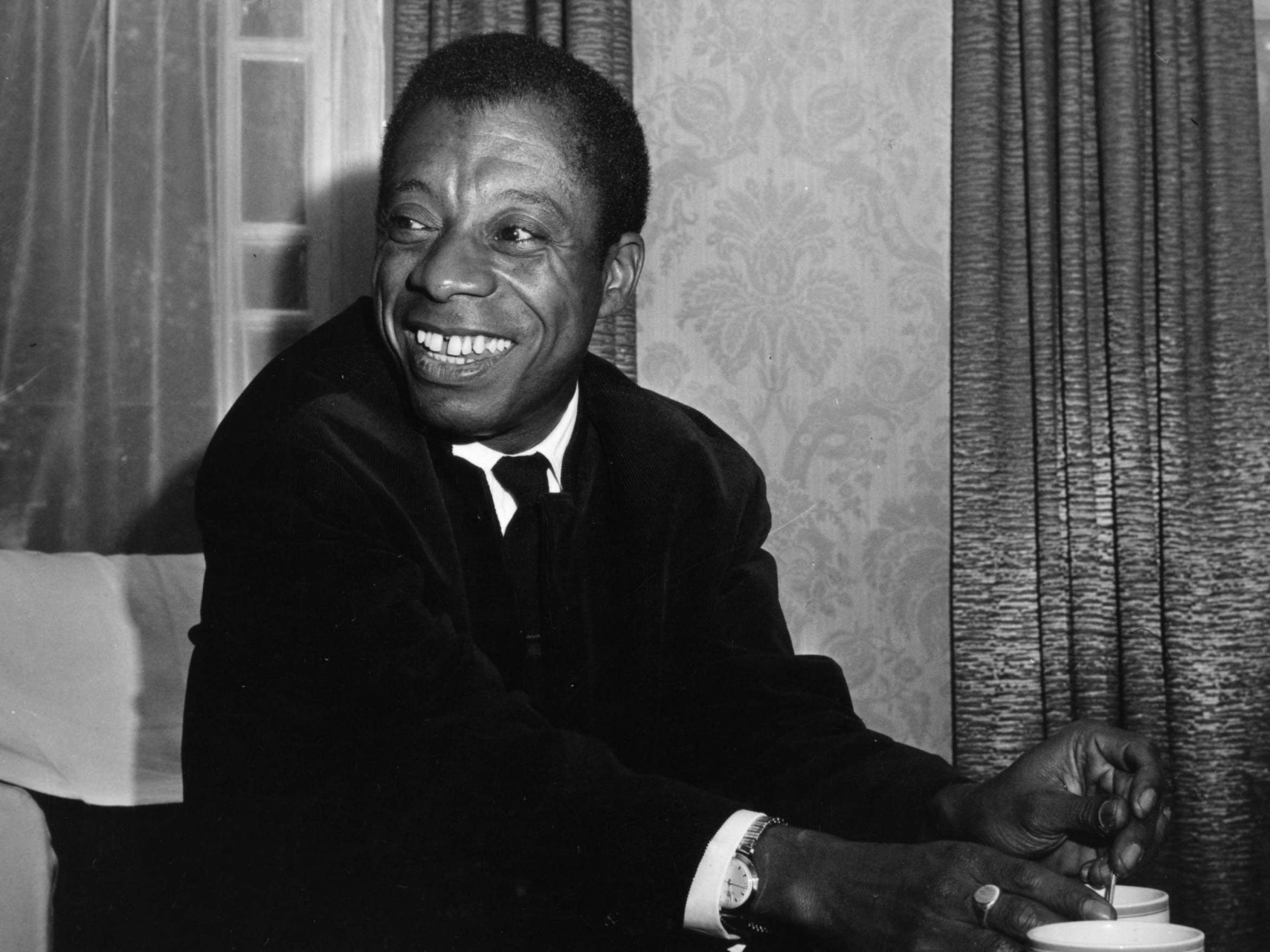 In our present racial crisis, the words of the writer and essayist James Baldwin have re-emerged and become ubiquitous in American public discourse. Baldwin’s writings, sometimes shorn of context, are now quoted endlessly on social media and have been prominently displayed during protests against police brutality. Documentary filmmakers and feature film directors, including Academy Award winner Barry Jenkins, have mined his work for their craft. The noted writer and theatre critic Hinton Als has curated a multimedia art exhibit dedicated to a complex representation of his life and persona. In addition, Baldwin’s queerness – his status as a gay black man – seems to invest his words with a special prescience for us.

Baldwin achieved the height of his fame in the middle of the 1960s, when the novelist and former boy preacher’s beautiful and evocative words seemed to capture the stakes of the black freedom movement like nothing else – particularly for white liberals. It is that prophetic aspect of Baldwin that Eddie S Glaude Jr, chairman of Princeton’s African American studies department, seeks to recover in his book Begin Again: James Baldwin’s America and Its Urgent Lessons for Our Own. The strength of Glaude’s book depends on how well he makes the case that Baldwin speaks directly to our times.

Sharing the full story, not just the headlines

Begin Again is, in fact, two different books. The first takes the reader on a deeply researched tour of Baldwin’s essays and actions from the mid-Sixties forward. Glaude wants to rescue Baldwin’s legacy from many critics who contend that his art and insightfulness declined once he became an international icon and felt the need to speak for black America. Indeed, Baldwin’s novels and essays from the late Sixties on often received tepid or negative reviews. He sympathised with the emerging black power movement but endured withering, homophobic criticism from figures like Eldridge Cleaver.


Glaude defends Baldwin and argues that the writer was asking what one should do during what Glaude calls the “after times” – moments when our society attempts to redeem itself from its racial past, even as that past reasserts itself, often violently. Glaude contends that, beginning with the 1963 terrorist bombing of the 16th Street Baptist Church in Birmingham, Alabama, that killed four black girls, Baldwin used his profound disillusionment with the recalcitrance of white Americans to explore the ethical question of what one should do and say in the after times.

Glaude argues that the after times forced a change in the nature of Baldwin’s “we.” Rather than asking how we Americans should grapple with our collective past and present, he began asking how a different we – nonwhite Americans – should act in a country that embraces what Glaude calls “the lie”. The lie is the national myth of America as “fundamentally good and innocent”, which allows the nation “to avoid facing the truth about its unjust treatment of black people and how it deforms the soul of the country”. Baldwin’s response to the lie was to “bear witness”, as Glaude terms it – to “tell the story”. “Make it real for those who refuse to believe that such a thing can happen/has happened/is happening here.” Bearing witness, Glaude argues, requires us to follow Baldwin in embracing a complex retelling of American history, for which we must travel a critical distance from the disappointments at home (Baldwin spent much of his later life in France).

We must ultimately “begin again”, Glaude concludes, taking his book title from a passage in Baldwin’s last novel. Glaude argues that America has faced “two critical moments of moral reckoning” – Reconstruction and the civil rights era – and that now we must pursue a third. His penetrating book does an excellent job of defending the power and beauty of Baldwin’s later intellectual projects and explicating them for scholars and lay readers alike, quoting extensively (as one must) from Baldwin’s words for full effect.

But Glaude also has a second project, which is to join in the recent trend of repurposing Baldwin for the present, prompted by “the election of Donald Trump and the ugliness that consumed my country”. Glaude freely admits that “in 2016, I could not bring myself to vote for Hillary Clinton” given the failure of the Democratic Party to adopt policies specifically targeted at black Americans. Indeed, he went further and urged black voters to leave their ballots blank, although he later partly modified his stance. “I was stupid enough,” he confesses, “to overestimate white America.”

Begin Again represents Glaude’s personal coming to grips with that grave error of judgment. As such, it contains moments of profound insight, such as his visit to the Equal Justice Initiative’s Legacy Museum in Montgomery, Alabama, where he describes himself standing in the centre of the museum, where “sounds and sights bleed from one exhibit into the next”. There, Glaude can simultaneously hear the voices of civil rights leaders and segregationists, freedom songs and screams of brutalised anti-racist protesters. “It is the cacophonous song of America,” he writes, implicitly invoking Walt Whitman – the national story, told without the lie.

Yet, Glaude also claims that Baldwin’s experience with his own after times can be analogised to our troubled era. If Baldwin grappled with an American lie that denied the disruptive claims of the black freedom movement, what exactly is the disruption in the American story that prompted the rise of the figure who spurred the writing of this book? Trump, of course, came to political prominence by attacking the legitimacy of the most visible black life in America – that of the nation’s first black president. But Glaude seems to deny any significance to the election and tenure of Barack Obama, largely because he did not enact Glaude’s preferred public policies. Indeed, he curtly dismisses Obama in biting asides sprinkled throughout the book – an odd choice given that Baldwin’s moral power derived in part from his ability to find common ground between Sixties-era black figures who sometimes launched vitriolic attacks against one another.

Of course, it would be foolhardy to expect an American president to reject the core national narrative, even a false one, but at the same time there seems to be a gaping absence in this book. If we are in the after times, then what was the before? Begin Again is a groundbreaking and informative guide to Baldwin and his era, even as it remains an uncertain map of our own.

Kenneth W Mack, a historian and a professor of law at Harvard, is the author of ‘Representing the Race: The Creation of the Civil Rights Lawyer’ and a co-editor of ‘The New Black: What Has Changed – and What Has Not – With Race in America’

‘Welcome to the New World,’ by Jake Halpern and Michael Sloan: An Excerpt

For nearly a year, Jake Halpern followed a family of...
Read more

The Wake Up Call by John Micklethwait and Adrian Wooldridge; The Good Country Equation by Simon Anholt – book review

There are decades where nothing happens, and there are weeks...
Read more

Yet we’re not allowed to see whatever jubilation he finds...
Read more

111 TREES: How One Village Celebrates the Birth of Every...
Read more

With the next generation of consoles right around the corner, Xbox has announced its lineup of Xbox Series X/S accessories. While Xbox has...
Read more

On November 10, we’re jumping into the next generation of gaming with Xbox Series X and Xbox Series S. To ensure the most...
Read more

WASHINGTON — A deal intended to address the Trump administration’s concerns about TikTok’s ties to China was complicated on Monday by a disagreement...
Read more

Recently the Federal Housing Finance Administration (FHFA) — conservator of Fannie Mae and Freddie Mac — extended the moratorium for both evictions and...
Read more