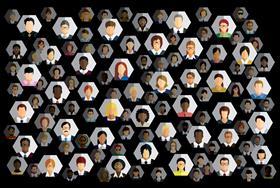 As two women share this year’s Nobel prize in chemistry, consultations are underway on how to encourage more women from the physical sciences and engineering community to apply for grants – particularly large ones.

Underrepresentation of women is a well-known problem in chemistry, but the Engineering and Physical Sciences Research Council (EPSRC) says that in any given year, just 11–15% of applications come from female principal investigators. An analysis of award rates by sex between 2007 and 2019 shows men and women’s success rates diverge beyond a grant value of £2.5 million – with men winning grants of higher value and winning them more frequently. In one year, the EPSRC received no applications from women for awards above £2.5 million. Since 2007 it has received just five applications for grants over £10 million from women, compared with 80 from men.

The EPSRC says it has made changes to its peer review panels to include more women – with 30% of panel members and 31% of chairs now women.

Lizzy Ostler, head of chemistry at the University of Brighton and chair of Heads of Chemistry UK, says ‘my sense is that it is unlikely that there is a gender bias in the reviewing process. Much like the data on promotion and applications for jobs, there tends to be more of a bias in terms of women stepping forward at a later point when they have more reassuring data about success. It’s having that confidence to say – my pilot data look great, and go for it. Again it’s at the margins … it’s like being an Olympic athlete, it starts to become really, really small things that make the difference to winning.’

Research published last year demonstrates that female scientists use less positive language about their research when publishing than their male counterparts. Drilling down into EPSRC figures, the research council found that, on average, men apply for funding at an earlier age and continue to apply for it later than women. Beyond the age of 35, salaries requested by men tend to be higher and rise faster than those requested by women.

Ostler questions whether the nature of research and home institution may have some bearing on who is applying to the EPSRC. ‘In my experience as a synthetic chemist, mostly the pure hardcore, big synthetic labs with 40 people in it stay within EPSRC. There are many, many chemists I know who don’t go anywhere near EPSRC because they work on applied collaborative projects, using chemistry to do things in biology, for example.’ It might be, she adds, that the EPSRC is getting ‘the big hard-hitting high grant values, single leader grants’.

The research council says it hasn’t analysed the data according to institution or research area.

‘Diversity is important because it brings different skillsets to the table,’ argues Ostler. ‘What do we want to achieve, and what will lead to the best outcomes for people? [Underrepresentation] perhaps only matters here, because research is seen as the big prize. Maybe academic leadership is an alternative. Shouldn’t we also be valuing educating thousands of millions of students, and perhaps things like curriculum design, which you tend to see quite often given to female leaders. It isn’t seen as so exciting or important, but it’s actually really essential in the university sector.’

Guitar Center has begun to prepare for a potential bankruptcy filing that could come as soon as next month, people with knowledge of...
Read more

WASHINGTON — Optimism faded on Friday for a pre-election breakthrough on a stimulus measure to stabilize a shaky pandemic-era recovery, as negotiations between...
Read more

With the final president debate done, attention in the race between President Donald Trump...
Read more

Netflix has released an official trailer and key art for their upcoming highly anticipated series, The Liberator. The four-part animated miniseries, based...
Read more

Paid time off to vote is common this year — and...