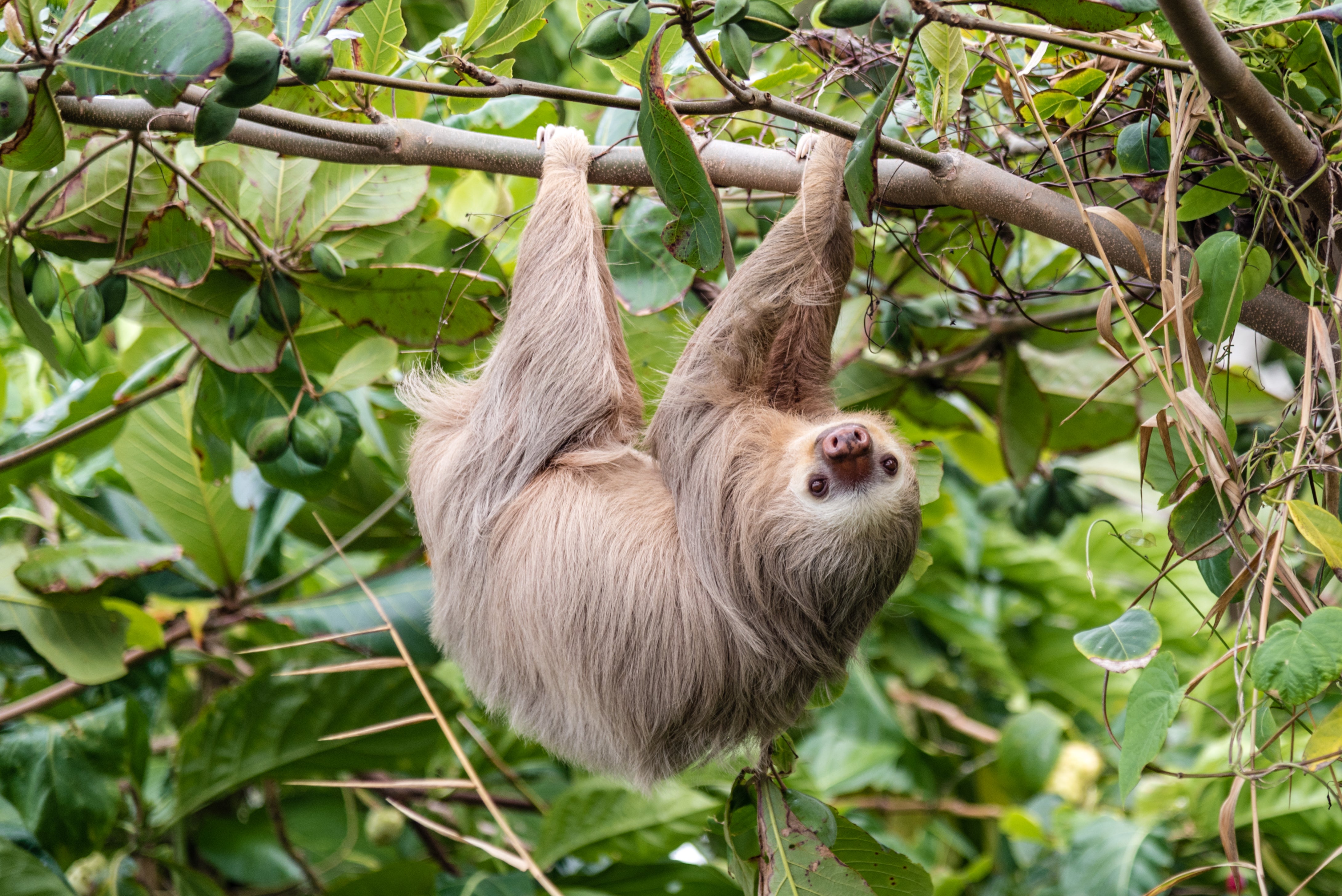 “So, they’re actually a great study animal for the wild, because you can collect a lot of data on them.”

Giles Duffield, a biologist at the University of Notre Dame, who studies circadian rhythms.

“I mean the ecology work that i used to do several years back in Bolivia was focused on bird conservation and bird ecology and, you know, you’d see some parrots and you’d make some notes and then they were gone and you wouldn’t see them again for another 24 hours.”

But Duffield and colleagues now collect data on the brown-throated three-toed sloth in the Atlantic Forest. Duffield says the sloths can stay in sight—or even in the same tree—for nearly 24 hours. The animals are at rest anywhere from 75 to 90 percent of the time. But they’re coping with a damaged ecosystem.

“The suggestion is 98 percent of that forest has been depleted…there’s a lot of human disturbance, there’s a lot of roads cutting through these areas in the forest…and it means the fauna and flora is depleted.”

According to new research published in the journal Mammalian Biology by Duffield and colleagues, sloths are responding to that habitat disturbance by altering their biological rhythms. [Diogo de Oliveira Bezerra et al, Activity pattern, budget and diurnal rhythmicity of the brown-throated three-toed sloth (Bradypus variegatus) in northeastern Brazil]

“We started to see that the sloths were primarily day-active and that seemed counterintuitive from some of the literature on the species that we’d come across before, that suggested that they show cathemeral activity, which is kind of neither day nor night, just kind of across the whole board. And in a few studies it was predominantly nocturnal behavior. So this was kind of the opposite to what we’d expected.”

Duffield says there are few if any studies where researchers monitored sloths over a full 24-hour period. This study did exactly that for 29 days.

“Because a lot of the literature that we reviewed that was associated with sloths, had examined only a partial 24 hours and so there was some inferences about their activity profiles over the course of the entire 24 hour period…so there was a bit of guesswork there.”

Duffield believes that because predators in the Atlantic forest are extinct, and sloths don’t have to compete with other species for resources, they’ve simply taken on a daytime, or diurnal, schedule.

“The light-dark cycle would be that primary cue, and that’s what’s kind of surprising that an animal can be nocturnal under some conditions and diurnal in the other.”

Other organisms may come along for the slow ride–from the algae that live on sloths’ fur to the insects that live alongside the unhurried mammals. Duffield says it’s not clear if the new schedule adopted by sloths in the Atlantic forests also affects these creatures.

“That’s something we’d love to examine, whether the local ecosystem and the associated organisms with the sloth, perhaps that changes? A lot of organisms can’t readily change their day to night activity. You know, their survival strategy is based on one or the other, so it may well be that change or that association with daytime as opposed to nighttime, or cathemerality, does change some of the organisms that are associated with it.”

Duffield’s most important piece of equipment for this research may be a comfortable chair.

(The above text is a transcript of this podcast)

A new threat report shows that APTs are switching up their tactics when exploiting Microsoft services like Exchange and OWA, in order to...
Read more