The ethical debate around Crispr | Opinion 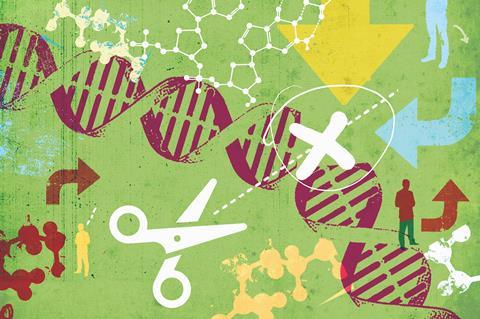 Folk belief has it that Alfred Nobel founded his prizes out of guilt for having built his fortune on the destructive power of dynamite. It seems more likely that it was a case of image management: Nobel was disturbed to find himself commemorated as a ‘merchant of death’ in 1888 when a French journalist mistook the death of Alfred’s brother for his. Resolving to improve his legacy, he declared that most of his estate should be invested in a fund to support ‘prizes to those who, during the preceding year, shall have conferred the greatest benefit to mankind.’

It’s not clear that Nobel felt genuinely bad about his explosives business, however. Rather like Fritz Haber (the 1918 chemistry laureate) working on gas warfare, he seemed to believe that the more terrible the weaponry available to generals and leaders, the more they might recoil from armed conflict at all. (It seems we routinely underestimate what Sigmund Freud dubbed our death instinct.)

All the same, Nobel personifies the notorious Janus nature of scientific advance. The phrase ‘dual use’ doesn’t do it justice, though: many important discoveries have complex social implications and applications not readily categorised as merely good or bad. The work awarded this year’s Nobel prize in chemistry illustrates this more emphatically than ever.

The Crispr technique for precise editing of genomes – enabling specific genes or DNA sequences to be accurately targeted and snipped out or replaced – was always a shoo-in for a Nobel, given how profoundly it has changed the science and technologies of gene editing since its introduction around 2012. It was merely a question of ‘when?’ – and more problematically, ‘who?’ No one doubts that this year’s laureates, Jennifer Doudna and Emmanuelle Charpentier, deserve recognition; the question was who else (if anyone) should be included.

Yet that’s a minor controversy compared with the matter of how Crispr should and might be used. The Nobel citation alludes only very briefly to the fact that ‘the power of the Crispr-Cas9 technology also raises serious ethical and societal issues.’ (Cas9 is the main DNA-cleaving enzyme used in the method.) But a capability for making precise changes to the human genome raises all kinds of difficult questions about how far we should go with it. Should genome engineering be restricted to the avoidance of genetic disease, or might it be justified for genetic enhancement? How can we distinguish one from the other? Where are the limits on the possible or permissible – giving us infrared vision, say, or tolerance to extreme cold, or the ability to photosynthesise?

What would such uses mean for the status of people with existing genetic diseases or impairments, if these are ‘edited out’ of future generations? Can we hope to ensure equitable access to these powerful techniques, or would they widen the divide between haves and have-nots? Should we use Crispr on the human germline, so that modifications are inherited by future generations?

The last issue has become particularly explosive since the revelation that Crispr was used in 2018 by Chinese biologist He Jiankui to modify twin embryos used for IVF, resulting in the birth of two girls allegedly containing alleles that would confer protection from infection by HIV. It wasn’t just that He bypassed ethical regulations, nor even that he chose to use germline editing for pre-emptive protection. It was also that he did the job rather poorly and without any clear evidence that the procedure was safe.

Quite aside from the ethical questions about inheritable modifications, Crispr may be risky at this point because it is not necessarily as accurate as it is sometimes portrayed. It can and does lead to off-target modifications, the health consequences of which are unknown and unpredictable. So far the twin girls born from He’s procedure seem to have normal health, but it is still early days. He’s actions were almost universally condemned by the biological community – including Doudna, who said that genome editing of embryos should be countenanced at all only where a ‘clear unmet medical need exists’.

He has now been given a three-year jail sentence and a fine of Yuan3 million (£345,000) for ‘illegal medical practices’. Nonetheless, his demonstration that Crispr germline editing need not be obviously catastrophic has opened the floodgates. Other researchers are now petitioning to use it for reproductive purposes. Many, however, advise a global moratorium until the social, medical and ethical issues have been properly considered. Doudna favours clear regulation instead, and as the Nobel citation states, the World Health Organization has established a committee to make recommendations about what form that might take.

Many scientists and bioethicists share Doudna’s view that human genome editing is both inevitable and justified – and some feel that its medical potential should not be unduly delayed. One of the most libertarian is biologist George Church of Harvard University in the US, who stresses that Crispr is just one of several ways of doing it. Ultimately he advocates rewriting rather than (somewhat messy) editing, and explained to me last summer his goal of rewriting the entire human genome from scratch, raising the prospect of much more extensive but also more accurate modification – for example, to make our DNA unrecognisable to pathogenic viruses. Such vaulting ambition might now look more attractive than it did a year ago.

The real lesson of Nobel’s own work is that science is not divorced from society and that its goals and implications are neither neutral nor Manichean. In that respect, Crispr is a fitting choice indeed.

Annual Passholders Can Get a Discount at Two Disney Springs Restaurants on Mickey’s Birthday!

The Washington State Department of Agriculture plans to try to eradicate the Asian giant hornet nest on Saturday.Scientists in the northwest United States...
Read more

The US Department of Transportation (DOT) has tentatively approved a joint venture application by Delta Air Lines and Canada’s WestJet for transborder travel,...
Read more

The incident drew some concern among experts, who noted that a similar adverse neurological event, reported months ago, had occurred in another vaccinated...
Read more

Annual Passholders Can Get a Discount at Two Disney Springs Restaurants...