Video: How does the Orbiter Vehicle work? (Space Shuttle) 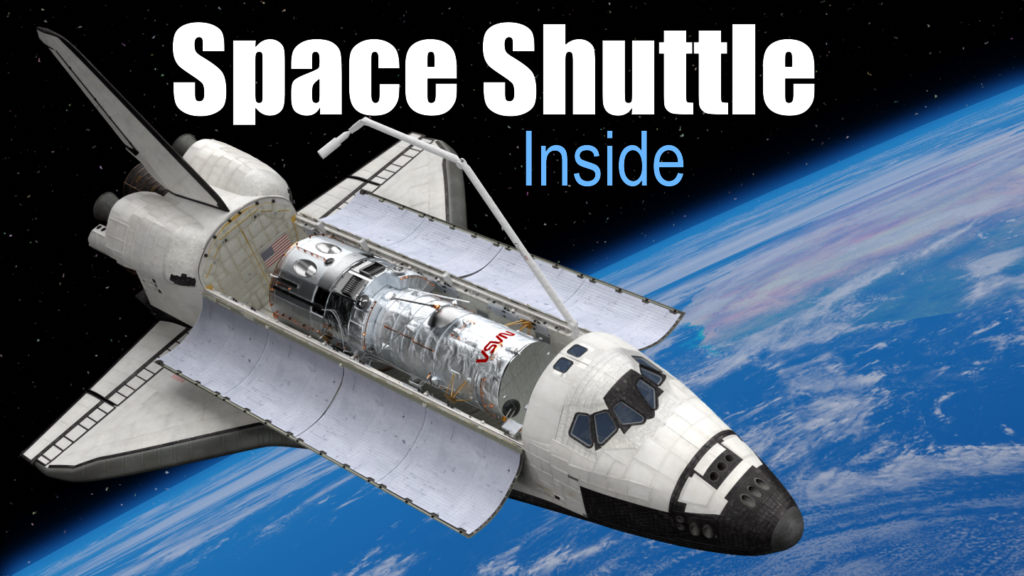 The Space Shuttle has been on list for while now. It’s exciting to finally release the video! I wanted to share just a few details from behind the scenes.

I bought a few of the 3d models because they would have taken to much time to do it myself. I did make a few modifications though. For example the crew compartment inside the orbiter and I added to the 3 Space Shuttle Main Engines on the back.

I’ve never felt very confident with fire and smoke – especially with the new mantiflow system. The lift-off smoke was done with mantiflow but I was able to fake the SRB flames by using emission materials with animated displacement. I was actually very pleased with how it turned out! Shout out to the youtube channel “Iridesium” for some amazing mantiflow tutorials.

Rigging of the wheels on the shuttle was done with drivers so I could animate it with a single property. I am a big fan of creating lots of properties to control things like “OpenAirlockHatch”, “MoveRudder”, or “GimbalEngines”. This makes the dopesheet much cleaner.

Nasa Astronaut Mike Mullane and rocket science Youtuber Scott Manley were nice enough to review this video for me. I hope it is free of mistakes! I plan on doing more space animations in the near future. I feel like there is a lot of cool things (space or otherwise) that aren’t well explained because they don’t have visuals to go along with them. Hopefully I can change that!

Behind the Scenes: Forgotten Childhood

How to create multiple outline layers in Blender 2.9