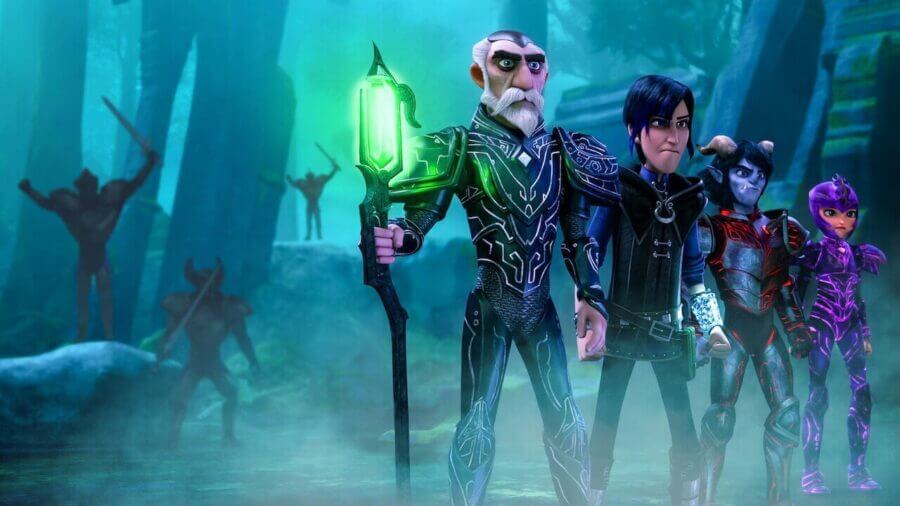 The final chapter in the Tales of Arcadia universe has just dropped on Netflix around the world with the limited series Wizards now streaming. There’s good and bad news, however. Although it’s the end of the main trilogy, a new movie set in the universe is due out in 2021.

Just to recap for anyone who has not been on board with the Tales of Arcadia series thus far. It’s been a trilogy of shows that have been running on Netflix since 2017 (although development started long before that) and has seen a total of 75 episodes released under the banner.

Why isn’t there a season 2 of Wizards?

Season 2 could’ve easily happened according to an interview with Marc Guggenheim speaking to DigitalSpy where it’s said they crammed into 10 episodes what they would’ve traditionally done over 20.

Here’s what Guggenheim had to say:

“Putting twenty episodes of story into ten episodes worth of season – that was definitely the most challenging. We probably spent the most time in the writers room discussing how much time to spend in the Middle Ages, how much time to spend back in the present, which characters to include, which characters to move into the background, how to bring this to a satisfying conclusion. There was a lot of story work to do.”

So sadly, it looks like it’s not returning but all is not lost as the very same day Netflix released Wizards (on August 7th) they also announced a follow-up movie that is set to “conclude” the franchise.

Trollhunters… 3 Below… Wizards… the saga concludes in Trollhunters: Rise of the Titans, a Netflix original film coming 2021. pic.twitter.com/lomyDi74qw

What we know about the Tales of Arcadia movie

The movie is currently called Trollhunters: Rise of the Titans and is set to release on Netflix at some point in 2021.

Guillermo Del Toro is once again on board and from the early teases looks to transport us back to the original Trollhunters series and follow-up there.

Beyond Del Toro, Variety reports that Johane Matte, Francisco Ruiz Velasco and Andrew L. Schmidt are on board to direct with Marc Guggenheim, Dan Hageman, and Kevin Hageman writing.

The movie will likely be the end though as Del Toro said in a statement that they will be “finishing off with a bigger, epic-sized feature film to top it all off” adding “We are very proud of the Tales of Arcadia and extremely eager to deliver this spectacular finale for the audience.”

We’ll have a bigger preview once we begin learning things about the final movie. Let us know in the comments if you’re excited.

‘Anatomy of a Scandal’: Everything We Know So Far About the New Anthology Series

Anatomy of a Scandal book Netflix has greenlit Anatomy of a...
Read more

Only two new titles added to Netflix US today so...
Read more

Fans of classic TV will continue struggling to justify their...
Read more